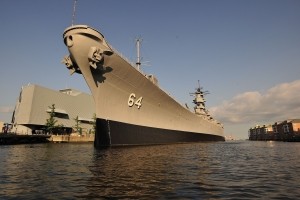 Here I am barreling down the Interstate 87 South again. My trip meter on my speedometer cannot be repaired as it’s a sealed unit with internal damage. My odometer doesn’t work either so it’s the off the cuff, on the run, time versus speed calculation with the reliance of my reserve in case my numbers are off. Heavy rain clouds off in the distance.

About an hour out of New York City and it starts to rain. Did I bring this rain on? Did my brooding over the road about how the genetic makeup of my old Fatboy has been revealed to me bring on this rain?   Well, par for the course as it’s cloudy inside as well as outside. I compare it to being a full grown adult and your mother comes over, puts her hand on your shoulder and telling you that “your father isn’t really your father. It’s actually someone else”. Well, maybe not as shocking as that but you get my drift.

I have no idea what part of the greater NYC area I’m in but I’m soaked to the bone, a little cold and very miserable for a couple of reasons. I pulled off the highway and found a little old pub just off the road a little. It’s an old Irish pub, I’m kind of feeling that I walked into Cheers mid day before Woody got there for work. Pub fare was good as I needed a high calorie meal and caffeine to sustain my body heat, changed my soaked t-shirt and got back on the road.

Got to Interstate 95 and headed south. Rained well into New Jersey but stopped before Delaware, thankfully.   I continued to head south on I-95 until I crossed into Virginia, then taking the I-64 to Norfolk, Virginia. My goal was to get out of the rain and south as quickly as possible.

Interstate route I-95 from New York State to Richmond. Then I-64 south east to Norfolk, VA.

Here I am trucking down the road southeast bound entering Norfolk matching the speed limit or pinching an extra 5 mph making up a little time.   Three full Interstate lanes in this direction, sun is setting, I’m riding in the left track of the center lane doing at least 70 mph with no sign of traffic ahead or behind, ah, finally, all alone on this mega highway. All of a sudden I’m passed by a woman in her SUV doing close to 100 mph in the left hand lane. She’s blowing the speed limit away but what’s worse is that I can see through the rear pane of her truck is her illuminated face, she has her cell phone up to her face and is texting. That sort of shit scares me big time. It really does.

Texting and driving!!! Nobody’s at the wheel!

Good thing I ride like a Shriner in formation at a fund drive before 5:00 p.m. without the crimson colored, golden tasseled Fez hat. I keep to my track and follow the rules of the road riding solo or otherwise. If I didn’t, me, leaning a little left and her, veering a little right could have been a major accident. Texting and driving is utter bullshit. I heard a comedian give a good example of it. “When someone is drinking and driving, there’s someone at the wheel. When somebody is texting and driving there’s nobody at the wheel”. That does have some merit even though I don’t recommend either.

There’s a really good anti texting/driving documentary out called “From One Second to the Next”. It’s done by one of my favorite directors Werner Herzog. I recommend it to all drivers as it reveals the true anguish texting and driving can cause. It’s 35 minutes and so important to watch. Please give it a look see. It will pull at your heartstrings. Here’s a link from the magazine Fast Company that talks about AT&T’s initiation and involvement. Interesting stuff.   http://www.fastcocreate.com/1683566/werner-herzog-on-his-devastating-anti-texting-and-driving-doc .

I really can’t remember much else from that day other than being bitch slapped about the origins of my Harley, pissed upon for hours in New York and New Jersey and almost being run over by a texting motorist. Don’t get me wrong, it wasn’t all bad, I didn’t know it yet but a seed had been planted in my mind’s soil which was unknowingly fertile (thanks Peru), vibrant and ready for a different perspective. I was in the Land of Milk and Honey, of the Mighty and the Free, passing the mighty Nauticus Naval Museum and seeing the battleship Wisconsin cured that thought. My insecurities and dark thoughts of the day disintegrated.